The Assistant Commissioner, Southern Metro Region, acting as a delegate of the Chief Commissioner of Police under section 10D(1) of the Control of Weapons Act 1990, declares as a designated area in all public places within the City of Kingston that is within the area bounded by and including:

For removal of doubt this area includes all the beach foreshore area up to and including the water line. 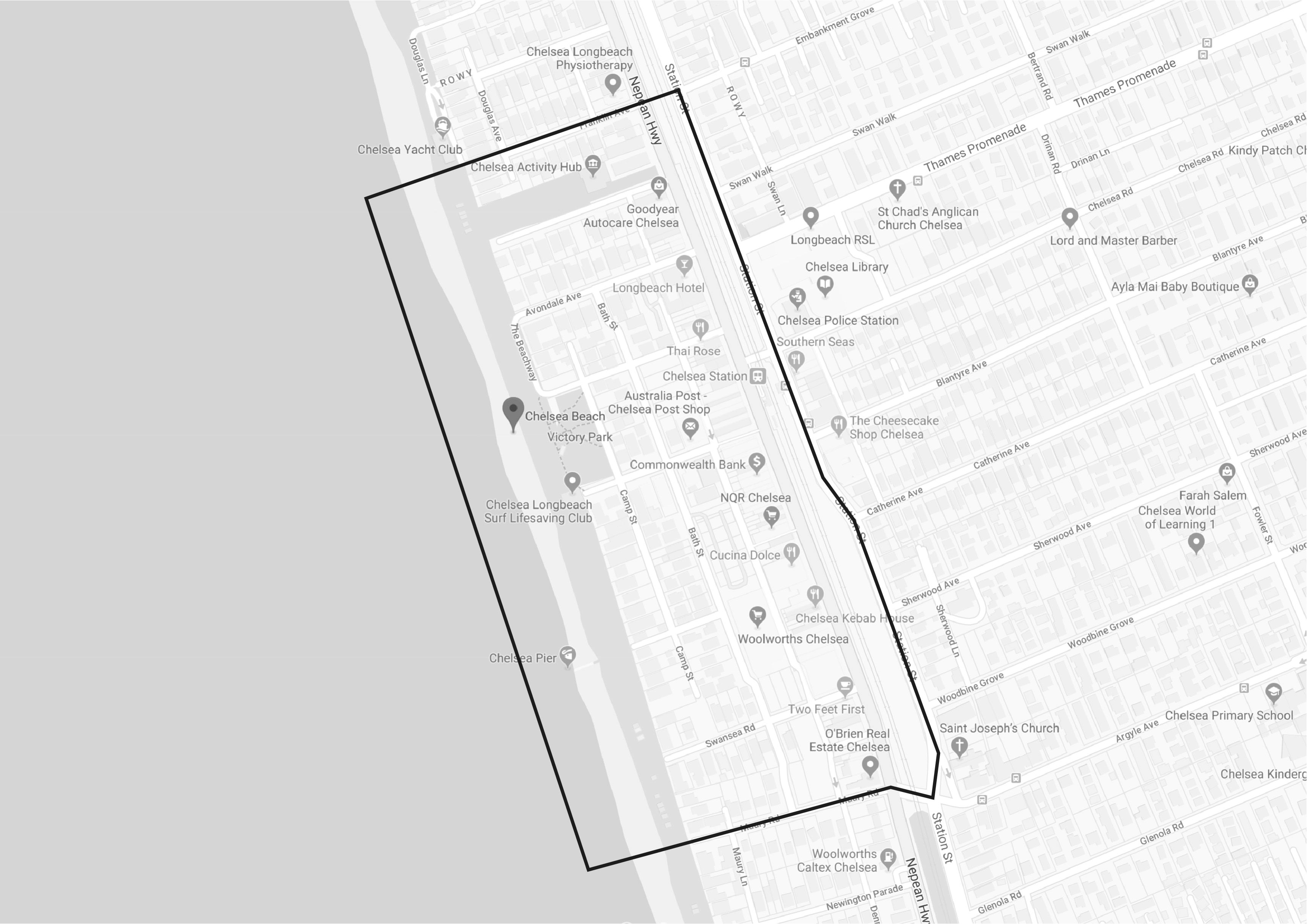 During these times members of the police force are authorised to exercise the following powers:

conceal their identity; or

to protect them from the effects of a crowd control substance; and