The Assistant Commissioner, Southern Metro Region, acting as a delegate of the Chief Commissioner of Police under section 10D(1) of the Control of Weapons Act 1990, declares as a designated area in all public places within the City of Kingston that is within the area bounded by and including: 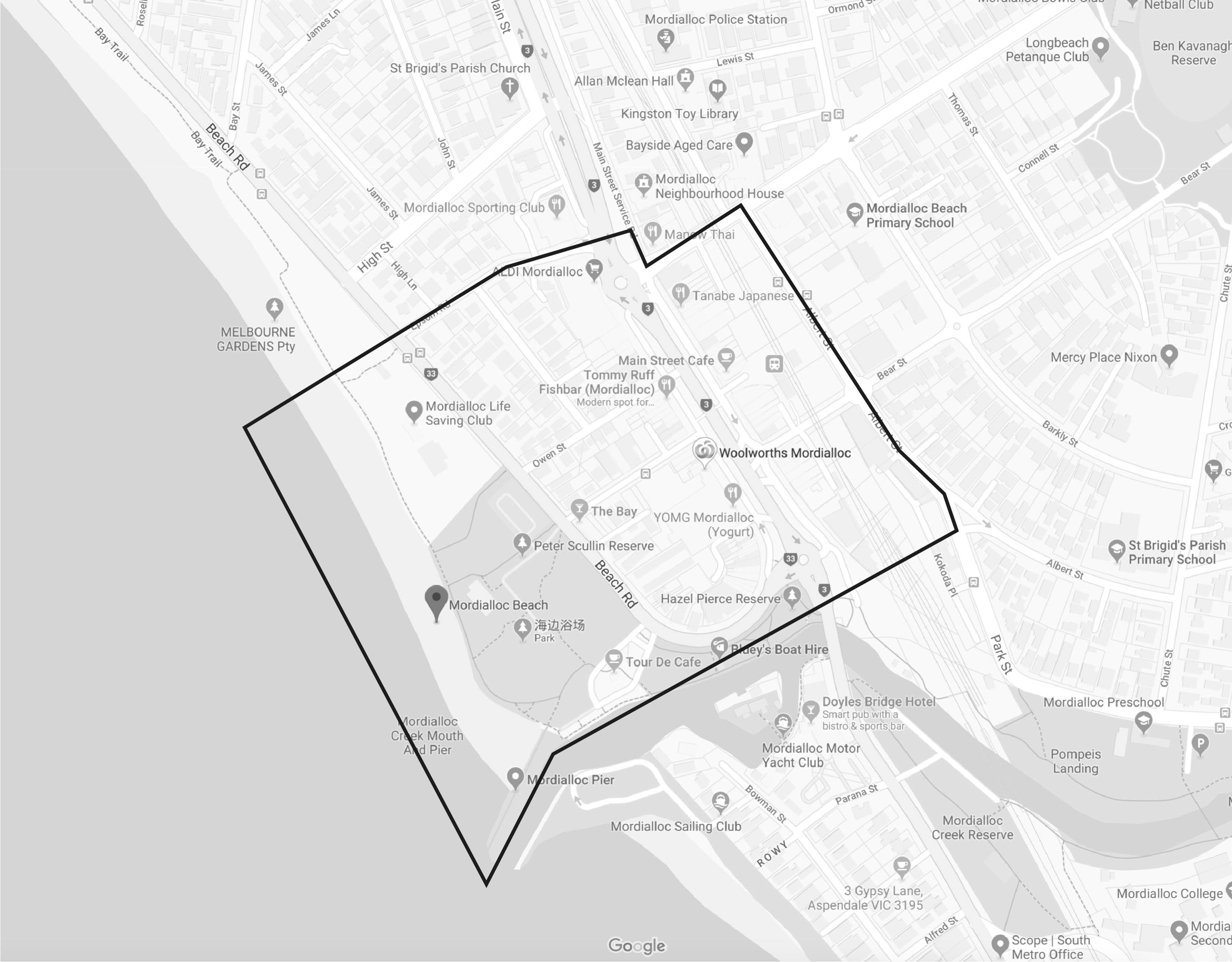 During these times members of the police force are authorised to exercise the following powers: