Learn about the murder of Terrence Black and assist Victoria Police with any information you may have to help solve the case. 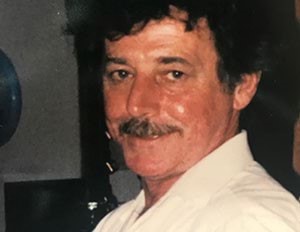 Police are hoping the announcement of a $1 million reward will help solve the murder of Terrence Black and end almost two decades of heartache for his family.

Terrence’s body was located by police on 16 June, 2000 in the Little Yarra River, at the rear of a rural property on Little Yarra Road in Gladysdale.

The 59-year-old had been reported missing by his brother Lindsay on 18 May.

The last reliable sighting of Terrence was on 5 May between 9am and 10am when he was seen in the car park of a supermarket liquor store in Yarra Junction.

During the course of the investigation, police received information that he may have been murdered in a toilet block at the Yarra Junction football ground off Warburton Highway on 5 May.

Detectives believe this was after his reliable sighting in the car park, up to late afternoon on that day.

An extensive investigation has been conducted over the years into Terrence’s death, with police identifying three persons of interest.

A now 58-year-old man and a 68-year-old man have previously been interviewed by police, along with a woman who passed away in 2014.

All three people were known to Terrence and the two men remain persons of interest in the investigation.

In 2004 a $100,000 reward was offered for information leading to the conviction of the person or persons responsible for his death.

Officer in charge of the Homicide Squad, Detective Inspector Tim Day, said the reward would hopefully lead to some answers for the Black family.

“For the past 18 years Terrence’s family have had to live with the thought that those responsible for his death are still out there,” he said.

“The offenders have been able to go on with their lives, but Terrence’s family has had to live without and brother and a father.

“Detectives have spoken to several people over the years who remain persons of interest in relation to Terrence’s murder, however we also strongly believe that there are other people out there who hold information vital to solving this case.

“Eighteen years is a long time for them to live with this knowledge.

“We’re hoping that with the announcement of this reward, there are people who reconsider their position and come forward and assist us.”

Terrence was the eldest of four children and his sister Pam and brothers Steve and Lindsey joined police in today’s appeal.

At the time of his death he was a pensioner and resided at the Yarra Junction caravan park.

Terrence didn’t own a car and generally relied on taxis and public transport to get around.

He had been married but later divorced, and the couple had a son and a daughter.

Detective Inspector Day said he believed the case was solvable and urged anyone with information to come forward.

“Police are particularly interested in speaking to anyone with information about Terrence’s movements after 10am on 5 May, especially in relation to reports he was seen at the Yarra Junction football ground at some time up to late afternoon on that day,” he said.

“There is also a period of several weeks between when we believe Terrence was killed and when his body was located in Gladysdale on 16 June.

“We’re keen to speak to anyone with knowledge of how Terrence’s body came to be in that location or noticed any suspicious activity in the area around that time.

“Any piece of information could prove crucial in solving this case.”

Police have today released images of Terrence in the hope someone recognises him and can provide information in relation to his movements around the time of his death or any other information that could assist the investigation.

A reward of up to $1 million will be paid at the discretion of the Chief Commissioner of Police for information leading to the apprehension and subsequent conviction of the person or persons responsible for the murder.

In appropriate cases, the Director of Public Prosecutions may consider, according to established guidelines, the granting of indemnification from prosecution to any person who provides information as to the identity of the principal offender or offenders in this matter.

Anyone with information about the murder of Terrence Black is asked to contact Crime Stoppers on 1800 333 000 or submit a confidential crime report at www.crimestoppers.com.au