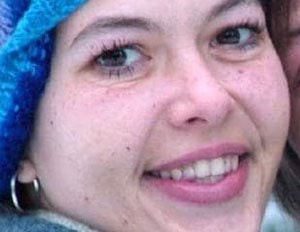 Homicide Squad detectives are hopeful that two things will prove to be the key to solving the 2013 murder of St Kilda woman Tracey Connelly – a long-held DNA profile and today’s announcement of a $1 million reward.

The then 40-year-old sex worker was found dead in her white Ford Econovan on Greeves Street, St Kilda just before 3pm on Sunday, 21 July 2013.

Tracey’s body was located by her partner and he subsequently contacted police.

A post-mortem was then conducted and Tracey’s death was determined to be suspicious.

She received upper body and facial injuries, and police believe she was killed inside the van.

Investigators believe that Tracey’s vehicle had been parked on Greeves Street for about a month leading up to her death and that she had been living in and working out of the van.

Prior to her death, the last confirmed sighting of Tracey was at 11.30pm on Saturday, 20 July when she was seen on the corner of Mitchell and Carlisle Streets.

After an extensive search of CCTV footage from the area, detectives believe Tracey returned to the white Econovan sometime between 2am and 2.30am.

Despite a number of public appeals for information over the past six years, no one has ever been charged with Tracey’s death.

A DNA sample, which police believe belongs to the offender, was taken from Tracey’s vehicle.

This sample was checked against Victoria Police’s database without luck, however police have also undertaken significant further testing to try and locate the person responsible for Tracey’s murder.

Around 1500 people provided a DNA sample to police for testing as part of the investigation.

These people included those who were identified as having been in the St Kilda area at the time of Tracey’s death, people with a history of violent offending linked to the area, and registered sex offenders.

A number of samples were also obtained for Victoria Police by law enforcement agencies interstate and overseas.

“It might have been almost six years since Tracey’s death, however I would like to strongly reinforce that this is both an active investigation and one that we believe is solvable,” he said.

“This sample is going to remain in our system, while DNA technology only gets better and better with each passing month.

“It’s a numbers game in some ways, and one we absolutely believe we can win.

“I hope whoever is responsible for Tracey’s death thinks about it every day; I hope it weighs heavily on their mind along with the expectation that one day, police are going to catch up with them.

“They always have the opportunity to come forward and speak to us first and I urge them to do so.

“We will always have a part of them on file, linking them to this case and that is something this person needs to seriously consider.”

Detective Inspector Day said there is also the possibility that the offender had spoken to someone about Tracey’s death and today’s reward announcement may lead to them finally coming forward with information.

“We always say that people’s circumstances can change over the years and someone who may not have wanted to provide information to police previously may now feel ready to do so,” he said.

“We know that on the night of Tracey’s death it was bitterly cold and there were fewer people about than usual.

“Police have previously appealed for any witnesses to come forward who may have been walking or driving through the area at the time, however this has been unsuccessful in providing us with further avenues of enquiry.

“I also understand that some people might feel uncomfortable speaking to police about why they were in the St Kilda area that night, and I can absolutely reassure them that investigators have no interest in that particular aspect.

“I’d also like to reinforce that anyone who chooses to speak to police will be treated with total confidentiality.

“Six years is a long time to hold on to this information and so I urge people, particularly in light of today’s reward announcement, to come forward.”

At the time of her death, Tracey was estranged from her family and her partner at the time has sadly since passed away.

She had many friends who worked in the area, who all spoke fondly of her.

“I think it’s important that we keep searching for answers on her behalf and we know those answers are out there,” he said.

“I can absolutely assure Tracey’s loved ones – along with the person responsible for her death – that the Homicide Squad remains committed to this investigation.

“Hopefully today’s announcement brings us closer to the justice she deserves.”

A reward of up to $1 million will be paid at the discretion of the Chief Commissioner of Police for information leading to the apprehension and subsequent conviction of the person or persons responsible for the murder.

In appropriate cases, the Director of Public Prosecutions may consider, according to established guidelines, the granting of indemnification from prosecution to any person who provides information as to the identity of the principal offender or offenders in this matter.

Anyone with information about the murder of Tracey Connelly is asked to contact Crime Stoppers on 1800 333 000 or submit a confidential crime report at www.crimestoppers.com.au